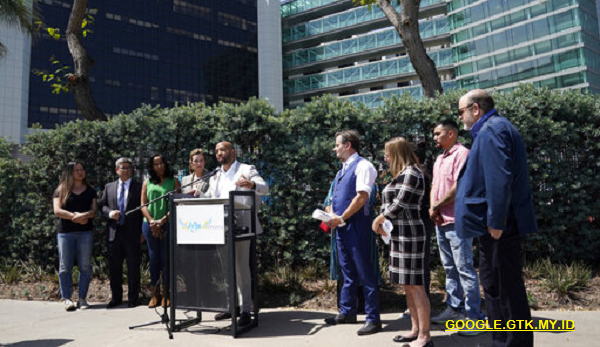 On May 5, 2022, Chris Dolan and legal team of lawyers filed a lawsuit against Cedars-Sinai Medical Center (Case #: 22STCV14868) for failing to provide Equal Access to businesses and services for the wrongful death of Kira Johnson.

Christopher B. Dolan says, “to gain access equally to businesses and services despite race, national origin, and any other discriminatory characteristic… we are using a lawsuit.”

The lawsuit describes that despite signs of Kira Johnson bleeding internally and over the desperate pleas of her husband, she languished for hours without being readmitted to the operating room.

Nick Rowley, attorney, and member of the legal team, says Kira Johnson died from internal bleeding — nearly 90% of her blood was later found in her stomach. Her bladder had been lacerated and she hadn’t been sutured properly.

Charles Johnson IV said that “there is no doubt in my mind that my wife would be here today and be here Sunday celebrating Mother’s Day with her boys if she was a Caucasian woman.”