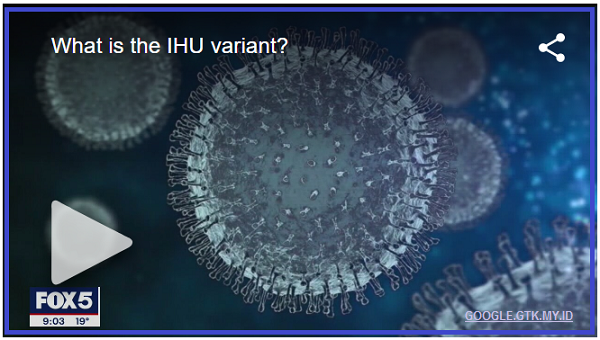 It was found to have infected 12 people living in an area near Marseilles, a port city in southern France.

Health officials found that IHU has 46 mutations. That is even more mutations than were found in omicron.

The cases have been linked to travel to the African country Cameroon.

The new strain has not been spotted in other countries yet and the World Health Organization (WHO) has not labeled the new strain a variant under investigation. It has not put any strains on the list since it added omicron in November 2021.

The WHO considers variants of concern ones that increase in transmissibility or increase in virulence or decrease vaccine effectiveness.

Experts say new variants keep emerging but it does not mean they will be more dangerous than previous strains.

According to a paper posted on medRxiv, the strain carries the E484K and N501Y mutations which can make it more resistant to vaccines and can make it more transmissible but it is unclear if either of those things will happen with it.

New York has seen a surge in cases fueled by the omicron variant.  The silver lining has been that many New Yorkers appear to be coming down with a less-severe form of the disease.

Across the U.S., new COVID-19 cases have tripled in the past two weeks to over 400,000 a day, the highest level on record, amid a rush by many Americans to get tested. The high infection rates and resulting worker shortages are putting a heavy burden on employers large and small. Thousands of airline flights have been canceled in recent days. Many companies have shelved return-to-work plans.

Omicron accounted for 95% of new coronavirus infections in the U.S. last week, according to the CDC. The number of new cases in the U.S. topped 1 million on Monday.