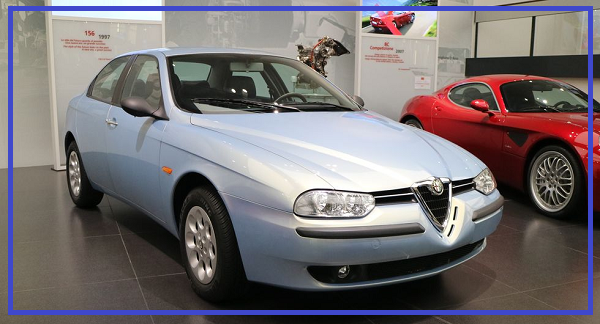 Early examples of the Alfa Romeo 156 are set to turn 25 years old in 2022. Despite its front-drive underpinnings, the 156's driving characteristics, attractive design, and state-of-the-art (for the time) common-rail diesel engine helped it earn the 1998 European Car of the Year award. We're particular fans of 1997-built 156s equipped with the Italian brand's 189-hp 2.5-liter V-6. Besides the fact it's the most powerful engine Alfa offered in these early 156s, the six-cylinder's individual intake runners give the powerplant a look that nicely complements the car's scintillating style. 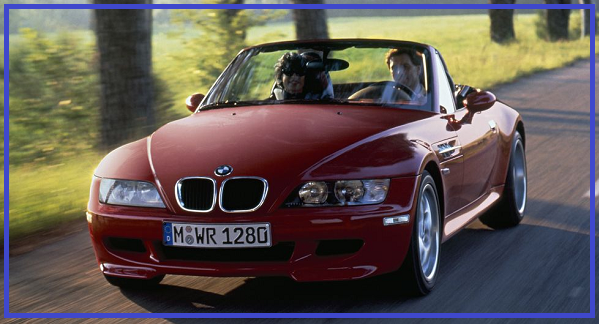 We know what you're thinking: "BMW sold the M Roadster in America." True, but until BMW dropped the E46 M3's S54 inline-six engine under the hood of its two-seat droptop (and later hatchback counterpart) in the early 2000s, the M Roadster that BMW sent to America was a different beast than those it sold in other markets. Blame the company's decision to fit our M Roadster with the 240-hp inline-six (or

S52 in BMW-speak) of the U.S.-spec E36 M3 rather than the more powerful (or S50) inline-six that motivated E36 M3s sold across the pond. While most M Roadsters rolled off the production line after the calendar turned over to 1998, a handful of these machines managed to escape the factory in 1997. 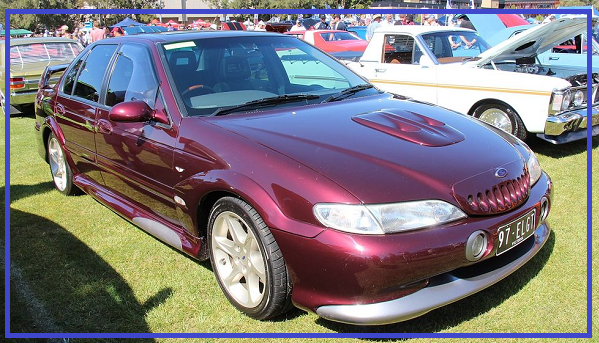 In early 1997, Ford celebrated the 30th anniversary of the original Falcon GT by kicking off production of the then current EL-generation Falcon GT 30th Anniversary Edition. Fewer than 300 of these machines left Ford’s factory, with sales primarily limited to Australia and New Zealand. Fitted with a wild—and totally '90s—body kit, replete with a massive rear wing and tacked-on fender flares, the limited-run Falcon GT 30th Anniversary Edition complemented its over-the-top decor with an equally excessive engine: Ford's 4.9-liter V-8. With approximately 270 hp, the big engine sent its grunt to the sedan's rear wh

eels by way of a five-speed manual or four-speed automatic transmission. Sure, the Falcon GT 30th Anniversary Edition seems a little underpowered by today's standards, but back in 1997, it was an absolute monster. Between its rarity, rear-drive chassis, V-8 power, and era-specific styling, the Ford Falcon GT 30th Anniversary Edition is an epic automotive piece of 1997-built forbidden fruit. 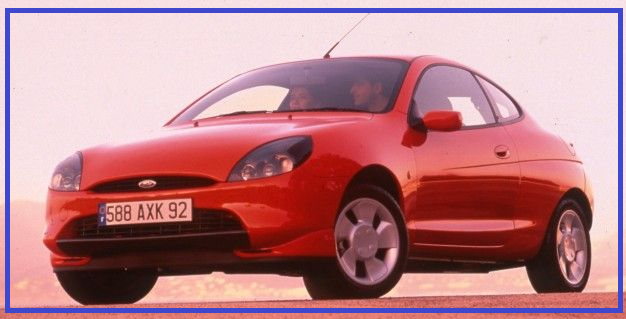 With styling reminiscent of the later and larger (and sold in America) last-generation Mercury Cougar, the 1997-built Ford Puma paired its athletic looks with a spunky 1.7-liter inline-four engine producing 123 horses. Despite its rather low output, the little four-cylinder did a fine job of motivating the 2222-pound Puma. The car's limited mass also benefited its handling, with the Puma's tossable nature contributing to its enjoyable driving characteristics. While Ford failed to let us enjoy the Puma back in 1997, the Blue Oval's little two-door may soon spread its joyous nature to interested Americans looking to import 25-year-old examples of the car in 2022 and beyond. 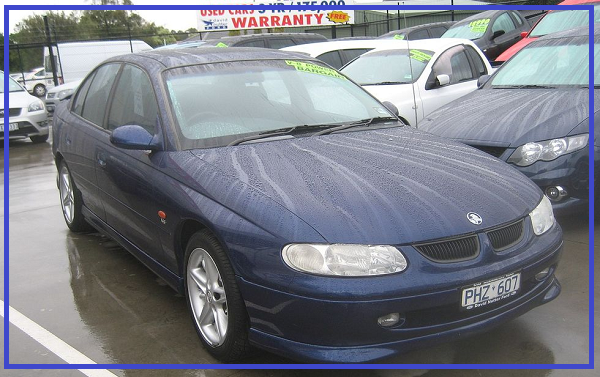 Holden kicked off production of its VT-series Commodore in 1997, with the rear-drive model sharing its basic architecture with other General Motors vehicles of the era, including the Cadillac Catera. One thing the Commodore most certainly didn’t share with the Caddy that zigged, however, was its available V-8 engine. Whereas the Catera came exclusively with a 3.0-liter V-6, the Commodore offered a range of powertrains, the best of which was arguably the SS model's 262-hp 5.0-liter V-8. Even better? The Commodore SS was also available with a Getrag-sourced five-speed manual gearbox. While General Motors eventually brought this basic recipe to the United States in the form of the Chevrolet SS of the mid-2010s (a model that was based on the later VF-series Commodore SS), the bow-tie-badged rear-drive sedan still commands high dollars on the used-car market. The right VT-series Commodore SS with a 1997 build date, however, offers the same V-8, rear-drive thrills of the later Chevy SS at a potentially cheaper price. At the very least, the right-hand-drive Commodore SS ought to turn plenty of heads due to its relative rarity in America. 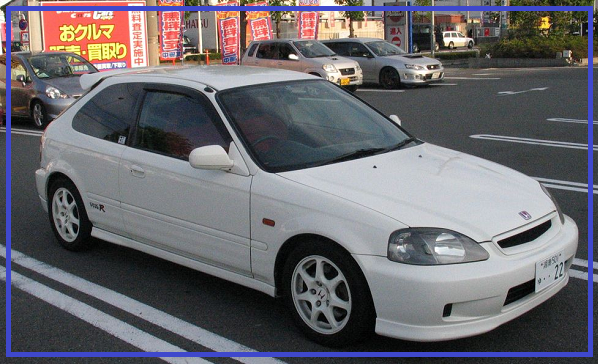 The original Honda Civic Type R is finally free from import restrictions come 2022. Introduced (and initially produced) in 1997, the first Civic Type R combined the compact Honda’s hatchback body style with a high-revving 1.6-liter inline-four belting out 182 horsepower at 8200 rpm. Although Honda enthusiasts begged for the automaker to ship the Civic Type R to America, the company ignored the pleas. Honda eventually caved and started selling the 10th-generation Civic Type R in America for the 2017 model year. While the most recent Civic Type R is an absolute thrill to drive, its turbocharged engine is a far different animal than the original (or EK9) Civic Type R's naturally aspirated unit. 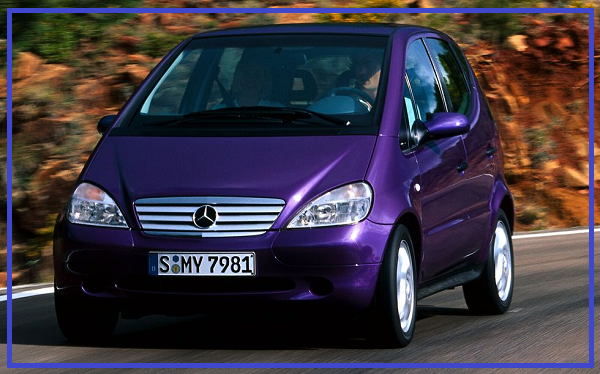 It’s neither the most luxurious nor the most sporting Mercedes model, but the original A-class is an important part of the German automaker’s history. Unlike the brand’s flagship S-class sedan or SL-class convertible, Mercedes’s A-class aimed to attract a less moneyed audience to the brand. The subcompact hatchback brought a number of innovations to the three-pointed star, too. Thanks to its front-drive architecture, the stubby and tall A-class’s interior was far roomier than its exterior's small shadow implied. While later first-generation A-class models offered a variety of powertrain options, including fuel-efficient diesel engines, models built in 1997 were offered exclusively with one of two gas-sipping inline-fours, each paired to a five-speed manual transmission: an 82-hp 1.4-liter unit or a 102-hp 1.6-liter engine. The first-generation Mercedes-Benz A-class arguably filled the void between the soon-to-come Smart ForTwo city car of the late 1990s and the compact Mercedes-Benz C-class of the era, combining some of the quirks and character of the former vehicle with a number of the comfort and convenience features associated with the latter. 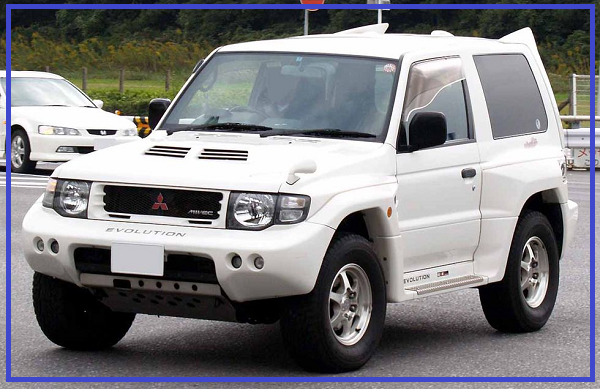 The Mitsubishi Lancer isn’t the only vehicle from the Japanese automaker to receive the “Evolution” treatment, as evidenced by the limited-run Mitsubishi Pajero Evolution. Essentially a performance-oriented two-door version of the four-door SUV that Mitsubishi sold in America as the Montero, the Pajero Evolution earns its performance stripes courtesy of the 276-hp 3.5-liter V-6 that resides under its hood. Meanwhile, the SUV's flared fenders, four-wheel independent suspension, four-wheel drive, and additional underbody protection ensured it was properly prepared for off-pavement adventures. A total of 2500 Pajero Evolutions left the factory over the course of its multi-year production run. While not all Pajero Evolutions will turn 25 years old in 2022, a number will. Find one, and you’ll be able to enjoy the Lancer Evo of Mitsubishi SUVs on U.S. roads before the calendar turns over to 2023.

Posting Komentar untuk "8 Cool Cars That Are Finally Legal for U.S. Import Now That It's 2022"